Last night, guests found themselves traveling 1,250 feet to the very top of the World Trade Center to celebrate Harlem’s Fashion Row at its 12th annual fashion show and awards dinner. For those unfamiliar with the organization, take note: Founder Brandice Daniel has been working for over a decade to shift the conversation within the fashion industry around inclusion and diversity, largely by providing a platform for designers of color and offering them a safe space to find mentorship and flourish. 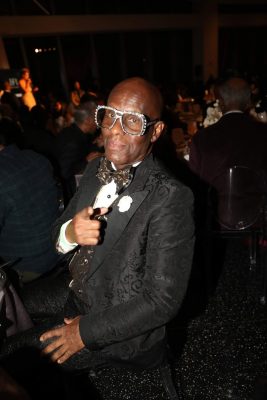 As cocktails were served and the setting sun lit up the room in a golden glow, young black women and men participated in a silent protest organized by the Fashion for All Foundation. They held signs featuring calls to action like “Teach Black Fashion History,” “Celebrate Black Culture,” and “Praise Black Art.” Meanwhile, the crowd were all dressed to the nines, making the most of the all-black-designers dress code. These included the model and activist Ebonee Davis, who wore Hanifa Official and Telfar. Ciara, who was there to receive the Icon 360 Award, sported futuristic racing overalls designed by Virgil Abloh for Off-White. 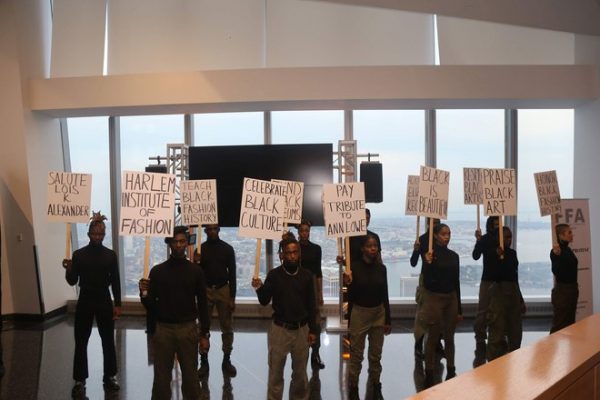 Kicking off the awards portion of the night was Vogue’s Chioma Nnadi, who presented the Maverick Award to GQ’s fashion director Mobolaji Dawodu. Next, celebrity stylist and image architect Law Roach—the genius behind Zendaya and Céline Dion’s recent show-stopping red carpet moments—received the HFR Stylist of the Year Award. Meanwhile, the legendary Mikki Taylor, editor-at-large at Essence magazine, accepted the Lifetime Editor Award and delivered an unforgettable speech urging everyone to “be the author of their own story—and make it a page-turner.” 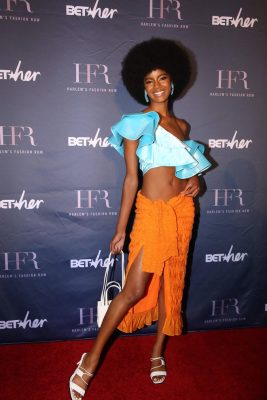 Which leads us on to Ciara’s big moment: the Icon 360 Award recognizes individuals who inspire and contribute to the advancement of minorities in all areas of fashion, beauty, business, philanthropy, and entertainment. Ciara delivered an emotional speech where she confessed to guests that her song “Level Up” was not only a song for her, but also a personal mantra to reclaim her narrative as a woman of color. She talked about how powerful the mind can be, understanding that the color of your skin doesn’t set limitations, and how “adversity ends up giving you wisdom and character.” 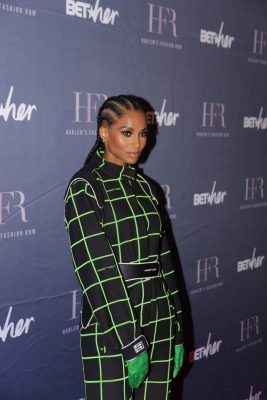 The fashion show portion of the evening featured a lively runway presentation with designs by Bishme Cromartie, Prep Curry, Kapasa Musonda of Mangishi Doll, and Miko Underwood of Oak & Acorn. The evening concluded with the exciting announcement of the imminent launch of Harlem’s Fashion Row’s very own e-commerce site: an online boutique that will introduce curated merchandise from the most exciting emerging and established designers of color working today. Even as the dinner wrapped up, guests were still lingering. Nobody wanted to leave an incredible night filled with camaraderie and celebration behind them. 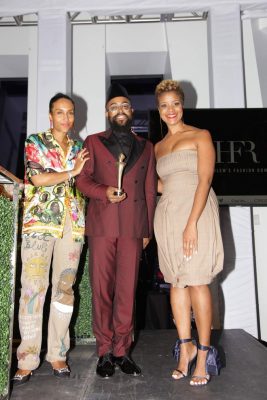