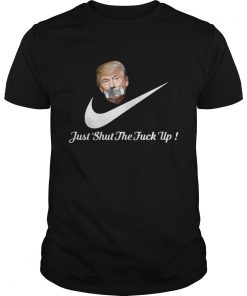 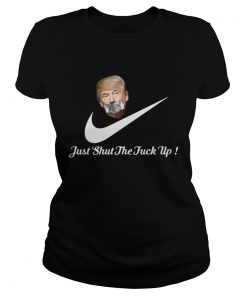 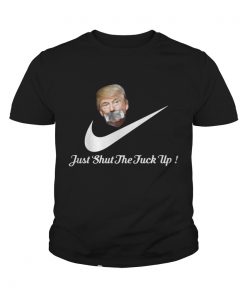 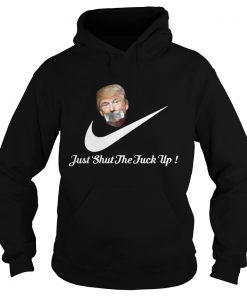 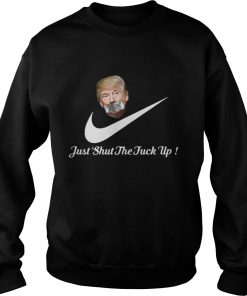 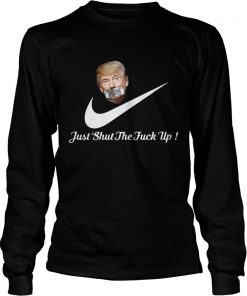 We need to support President Trump. I need this Trump just shut the fuck up shirt. We can’t expect him to do this all by himself. Support him by voting RED in November! Kevin Spencer, I did support Obama. I thought he was 100% right when he said George W. Bush was unamerican by increasing our debt by 4 trillion dollars. Then he turned around and increased it by 9 trillion. Just another lying politician!

I want to Trump just shut the fuck up shirt. Trump should really golf more often. He deserves it after working harder than any other President! Donald Trump is 72 years old. He is proud, profoundly ignorant of government, governing and has made it clear that he has no interest in learning even the basics. The government requires compromise, patience, thoughtfulness, and adaptability: qualities he utterly lacks.

He doesn’t read. He doesn’t study. He’s incapable of reflection, of rigorous analysis. It’s been over a year of this and he hasn’t grown into the office, he’s made it smaller. Public discourse, which has been small for a long time, has gotten even smaller. Complex ideas, public policy debates can’t and shouldn’t be boiled down to 280 characters. Empathy matters. Kindness, decency, respect matters. Being disrespectful is not “telling it like it is”. Hypocrisy knows no party, gender or color. I can think of Democratic politicians that have been caught up in various scandals just as easily as Republican politicians.