The majority of the first round of $1,200 coronavirus stimulus payments have now been paid – but attention is turning to the need to provide more direct help for Americans.

So far the IRS have paid out more than 130 million stimulus checks to help Americans cope with the economic hardships caused by the coronavirus pandemic. But with unemployment at record levels and the economy still being hard-hit by the Covid-19 crisis, there is widespread talk of a pressing need for a second round of stimulus checks, or of providing some other way to help individual Americans. 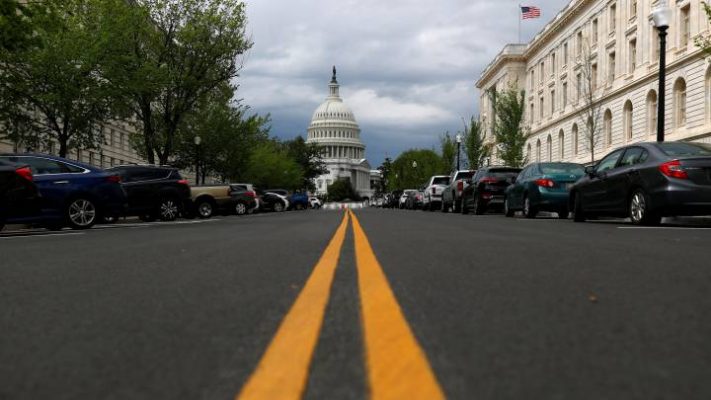 First round of stimulus checks “not enough”

In fact, all the way back on April 22, the Money/Morning Consult survey showed almost half of those surveyed had already spent their stimulus check or calculated it would last less than two weeks. Nearly three-quarters said it wouldn’t last four weeks. 60% said it just wasn’t enough.

Proposals for second round of direct stimulus aid to Americans

Here are the current proposals for a second round of stimulus checks or other assistance for struggling workers:

House speaker and Dems leader Nancy Pelosi announced on Tuesday her party’s latest proposal to help the US economy through the Covid-19 crisis, the Hero Act. This would provide for a total of $3.3 trillion of funding, and would include a second round of $1,200 stimulus check payments in the same terms as the first round, including the $500 per dependent child amount.

Donald Trump, asked about the package on Wednesday at the White House, said: “It was DOA. Dead on arrival. And Nancy Pelosi knew that.”

Emergency Money for the People Act

This proposition, introduced by Rep. Tim Ryan and Rep. Ro Khanna with a further 17 Democrat sponsors, aims to give Americans 16 and older a $2,000 stimulus check each month for the next six months and possibly up to one year. It would also provide for $500 per dependent child (up to three) with dependent children over 17 qualifying, unlike the CARES Act provision.

Another Democrat proposal, from Sen. Sherrod Brown (D-Ohio), calls for $2,000 payments per quarter, rather than monthly. Brown appears to enjoy coming up with different payment schedules: he was also a co-sponsor of a mid-March bill that called for $2,000 up-front, a second payment of $1,500 and then quarterly payments of $1,000.

Getting America Back to Work Act

The Republicans are not keen on a second stimulus payment, but many have recognised the need to do something to help Americans struggling with the economic effects of the Covid-19 pandemic that has left record numbers out of work.

The proposal of Sen. Josh Hawley (R-Mo.), the Getting America Back to Work Act, would not provide for a direct payment, but would instead provide for a refundable payroll tax rebate which would cover up to 80% of employer payroll costs, up to the median wage. Of course that wouldn’t put cash in workers’ pockets, but should help businesses keep employees on the books.

An idea that’s not yet made it as proposed legislation is one that was floated by the American Enterprise Institute and Hoover Institution. It calls for individuals to be able to receive a $5,000 loan, which would be repaid from their retirement benefits in the future. The interest could be charged at a favourable government rate. Because a loan scheme would not involve adding to the US national debt this idea is gaining ground among right-learning circles.

What next on a second stimulus check?

Despite the raft of proposals being debated, and the clear feeling from Americans that some second round of direct stimulus is needed, there is no clear indication as to which measure, if any, Congress and the White House will end up approving.

President Donald Trump, while initially somewhat positive, has recently swung behind the idea for help through payroll taxes.

Meanwhile the biggest stumbling block to any further direct help is Senate Majority Leader Mitch McConnell (R-Ky) who is currently steadfast in his view that no more help is needed at the moment. He would prefer to wait and see the outcome from the first round (remember, not everyone has received theirs yet and some may need to wait until late in the summer) and in general is opposed to any more relief spending right now, believing opening up the US economy will provide the help Americans need.

For Americans struggling with day-to-day expenses, who may have already spent their first stimulus check things do not look hopeful there will be a second stimulus check, at least in the short term.