After a lot of waiting, the first trailer for Denis Villeneuve’s adaptation of Dune is finally here. It has an almost impossibly star-studded cast — there’s everyone from Zendaya and Timothée Chalamet to Jason Momoa and Oscar Isaac — along with impressive set design and, yes, gigantic sandworms. But it’s also based on a classic sci-fi novel that’s been infamously hard to adapt for the big screen. Which raises an important question: how does The Verge staff feel about our first look at the movie?

SO, WHAT DO WE THINK OF THE TRAILER?

Russell Brandom (policy editor): I am tentatively pretty into it! The sandworm is awesome! The pain box / gom jabbar sequence looks extremely good, and the fact that it’s given such prominent placement in the trailer makes me feel like Villeneuve really gets the story (in a way he maybe didn’t for Blade Runner). Even the little details like the crocheted Bene Gesserit veils feel right.

…so you could say that I’m pretty excited about the sandworm. But also the cast looks fantastic, and Villeneuve’s tendency for muted colors and massive scale look like they’re a perfect fit for something the size of Dune.

Megan Farokhmanesh (reporter): The trailer hits on all the things you’d probably want from it as a fan: sandworm! “Fear is the mind-killer!” Oscar Isaac with a thick daddy beard! But mostly I can’t imagine it makes a ton of sense to anyone who has not read the brick that is Dune. There’s so much lore and political intrigue in the story that will be hard to fit into one movie, let alone two. Everything looks beautiful and dusty and over-the-top. I have no idea if this will be any good or a beautiful train wreck. I’m in.

James Vincent (senior reporter): Very much ditto. I love the casting; love the costumes; I was even getting into the sort of musical-theater-climatic-number soundtrack they had going on. Was that really Hans Zimmer? And what is it the chorus is singing? “All you create / All you destroy / All that you do / All that you say.” That’s just my morning affirmations from now until it hits cinemas.

Julia Alexander (reporter): Being one of the only people on staff who hasn’t read Dune, apparently, I can’t contribute any thoughtful insight into what the trailer means for Dune as a whole. But! I can judge the trailer as a trailer. In short: the trailer’s dope. It’s super gothy. People seem sad and angry and determined — my favorite emotions for characters in big swooping space (I assume this takes place in space) fantasies about power struggles.

From a straight-up stan perspective, which is really what I bring to this discussion, I’m also all in on Oscar Isaac as a ruler and father who is losing everything? Feed me the drama!! Timotheé Chalamet is also pretty rad, even if his formal wear does remind me of Tom Hiddleston in Guillermo del Toro’s Crimson Peak. And my girl Zendaya (this is where I plug HBO’s Euphoria, a show that earned her a Best Actress Emmy nomination) starring as some kind of warrior, maybe?! Again, I have not read the book, so I’m not sure what’s happening really beyond there being some kind of war, perhaps. But I promise to read it now.

Dieter Bohn (executive editor): The thing I’m excited about with the casting is putting so many A-listers in roles that would be super easy to sideline in the film. I love Gurney and Ducan, but the truth is that if I were adapting the book into a movie, I’d drop one or both. Seems like this movie isn’t doing that.

Megan: I, for one, am thankful Dieter is not adapting this story.

Warning: Dune spoilers from this point on. 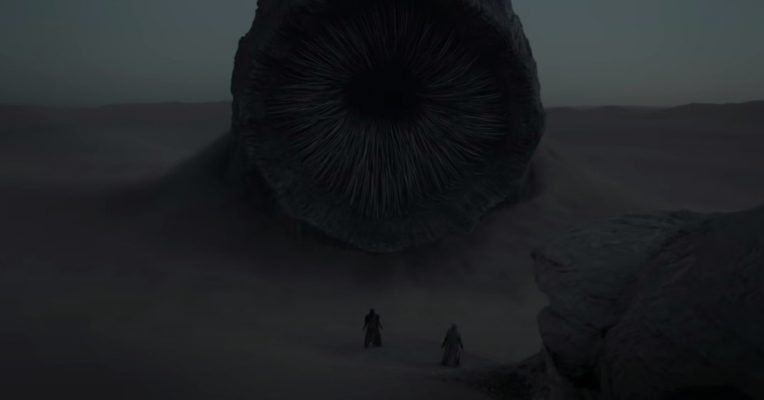 Russell: At this point, I’m most curious about what the movie does with Leto. Villeneuve has said his film will only cover the first half of the book, which means Leto’s death will come a lot closer to the end than it does in most adaptations. Fresh off playing Oedipus over Zoom, Oscar Isaac seems like he really sank his teeth into the role of a good, doomed man. Chalamet’s Paul is so young that you can imagine his pain in seeing Leto’s house weaken and collapse. Other adaptations haven’t been able to do Leto justice, but given the split adaptation, Isaac could easily steal the show.

Megan: Where is Feyd!!! You’re going to make us wait until the second movie, aren’t you.

Chaim: I’m a little concerned about the shield combat.

Dieter: I’m fully panicking about the shield combat and the combat in general. It all feels a little too action movie-y and adrenaline-fueled instead of weird and arcane, which is how it reads in the book. And I don’t think movies should copy the book, but the weirdness of the shield combat is kind of essential to the themes of the larger war.

Chaim: Right. It sort of feels like they wanted to have some kind of Star Wars-esque lightsaber fights, and this is what they settled on. Definitely curious to see what it looks like in larger snippets outside of a short clip here.

Russell: It feels very akin to the general Villeneuve aesthetic — spooky, vaguely unsettling, but mostly there to look cool. This was basically the vibe for Arrival and Blade Runner 2049, which used it to greatly different effects. I’m not super worried about it here, but it also brings up the thing I’m most curious about. Do you think we’re going to get to see a Guild Navigator?

James: I would love to see some freaky Navigators on-screen, but maybe they’re saving that for later. The future evolution of the human race, and the ways in which it can be twisted or redeemed, is such a big theme of the series and the Navigators are one example of that. But I would understand if Villeneuve wants the first film to concentrate more on the classic Fall Of Great Houses theme. Separately, I have to say I actually wasn’t a huge fan of the sparse environments. I know that sounds like a stupid complaint for a story set on a literal desert planet, but a lot of my memories of the book are rooted in smaller spaces: the caves of the Fremen, castle rooms for training, and the Harkonnen’s lair. Not everything needs to happen in minimalist austerity, and I still love David Lynch’s film adaptation for leaning into that imperial baroque aesthetic.

Dieter: So, uh, how do you think the movie is going to address some of the cultural insensitivities (to put it mildly) present in the novel? I see the trailer used the word “crusade” instead of “jihad” — both of which are very loaded terms! The treatment of the Fremen people and how the film navigates othering (or not) them is going to be tricky.

Chaim: I have a sneaking suspicion that they’re simply going to try to sidestep the issues as much as possible. The Freman war isn’t until the second half of the book, and the actual “jihad” is more Paul’s vision at the close of the novel than events portrayed in the book. Add in the various comments from actors like Oscar Isaac about how the events of the film are going to be about “exploited” cultures rising up and I think they’re looking to flip the narrative around.

James: If we’re talking about “issues” in Dune then I think the whole eugenics-y subtext is another one to add to the pile. When I re-read the first book fairly recently, I remember being struck by just how much people bang on about things like innate genetic superiority and the importance of bloodlines. Now, obviously, that stuff is not being presented completely uncritically, but if Villeneuve really wants to capture some of the grand scope of the series he’ll have to address it somehow. I’m curious how he’s going to pull it off.

Megan: As much as I love the book, it also treats all of its women like utter dogshit. (Shocking for a book written in 1965, I know!) I would love to see it, you know, give a more modern treatment to some of its cast and characters.

Russell: I actually think Dune is more woke than we’re giving it credit for. There’s definitely a bit of White Savior stuff happening with Paul, but the broader story is an anti-colonial one about how native populations get exploited for resource extraction, and how occupiers misunderstand the ecosystems they exploit. The “intergalactic jihad” stuff doesn’t really kick in until Dune Messiah, potentially the third entry in a Villeneuve / Dune trilogy — but that might be getting ahead of ourselves.

Dieter: Russell, in this house, we don’t talk about any of the Dune sequels.